I had been suffering horrible headaches for around seven months, but like any other 22-year-old lad I just took a couple of pain killers and hoped for the best. It wasn't until I started to get pains in my neck followed by visual blackouts (as though someone had just closed my eyes) that I started viewing my symptoms as a warning.

The visual blackouts were happening few and far between, however one day in September 2015 I had one when I was driving my car on a national speed limit road and I had to pull over. I was forced to abandon the car, then walked straight home to phone my GP.

It took four attempts to get through to the best GP in the practice, but they still had a little insight on neurological conditions. After pleading my case for a number of days I was finally sent to the local hospital, who said my symptoms were strange but that they could still be due to migraines. They advised that I should keep an eye on things and come back if it got any worse.

By this point I knew there was something else wrong, so I went to another hospital for a second opinion. I was given a CT scan late that night and was immediately admitted to the emergency care ward. 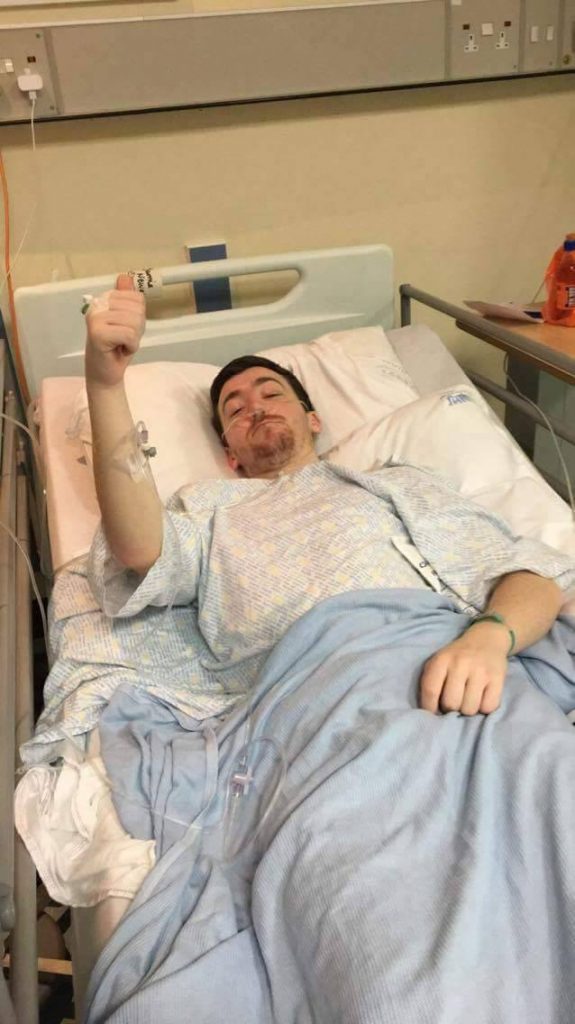 I didn't have a clue what was happening. Friends and family were phoning to ask if I was okay but all I could reply was, “yeah, I think so.” A doctor then told me I would need a MRI scan as some abnormalities had been spotted. That night I lay in the bed thinking that everything will be okay. I think I was in shock more than anything.

We got the full results back from the MRI scan and I was soon surrounded by a team of junior doctors and various other hospital staff. I was told I had papilledema, hydrocephalus and Chiari malformation. Neurosurgeons at the Southern General Hospital in Glasgow wished to see me the next morning. I was taken by ambulance and arrived at the hospital still upbeat and full of laughter. I was examined by a consultant and her team of neurosurgeons, who asked if I had eaten that day because they needed to take me to surgery within the next 10 hours or I would be at risk of losing my vision completely due to optic nerve damage. I still didn’t fully realise the severity of what was about to happen as I was still in shock. Around 6 hours later I was taken into theatre.

An external ventricular drain was put in place to remove the fluid and pressure from the back of my eyes to relieve the papilledema. After monitoring it was taken out and a ventriculoperitoneal shunt was fitted in my brain to treat the hydrocephalus. VP shunts can stay in place for many years but unfortunately mine only lasted five weeks before it failed. This resulted in another operation and a new VP shunt being fitted.

It was now November and I had spent the last two months in and out of hospital. I had been called in for another MRI scan, this time of my spine and head, as the pain at the back of my head had gotten worse. I was getting pins and needles in my hands and feet, and had even started dropping things, which one never used to before. Results from the second MRI scan revealed that I also had syringomyelia. Another operation, which would be the biggest yet, was booked for New Years Eve 2015. This operation would be for foramen magnum decompression surgery to slow down the progression of the Chiari and hopefully help with the symptoms of the syringomyelia.

I can honestly say that New Year is one I will remember for the rest of my days! Not for the events that happened - I was completely out of it due to anaesthetic and painkillers - but for what the neurosurgeons had done to improve my quality of life.

Since the day I received my first diagnosis and it has been a roller coaster of emotions, both good and bad. I have lost many people who I thought were friends due to their ignorance, and I have gained friends in people who I never thought would care. My life has changed dramatically and I am no longer able to do some of the things that I used to take for granted, like driving, contact sports, or even physical work.

I was advised all this by the neurosurgeons, but I thought to myself there's two roads I can choose here; I can lie down to it and become a statistic of an illness that can't be cured; or I can try to get on the best I can and prove the predictions wrong. So I did. 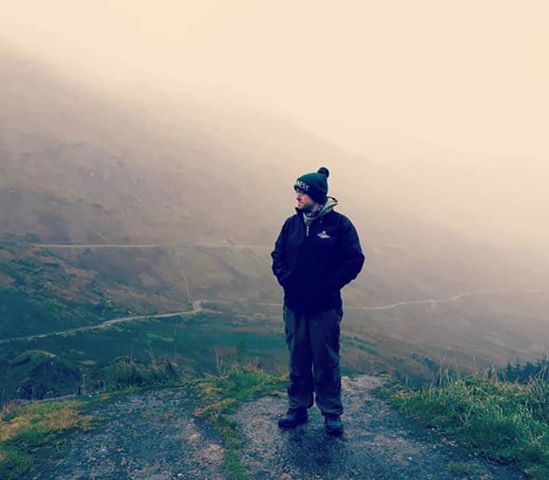 I managed to play 20 minutes of 7-a-side football wearing a headguard and then I became manager of an amateur football team to keep me involved in the game that I adore. I was also told I'd never be able to run long distances again due to my balance and coordination: I completed the Great Scottish Run exactly a year on from the date my shunt failed. I then moved into and decorated my own house in time for Christmas.

Since then I've had another two major operations. The first was for a syrinx which had grown the length of my spine. I was told that if the surgeons hadn't operated I would have been paralysed. I had temporary paralysis for around three months and then two months later I had yet another foramen magnum decompression surgery due to scar tissue causing issues and the very top of the syrinx not clearing.

I take each day as it comes and I am proving myself and everyone else wrong on a daily basis. If you listen to your body and accept what you can no longer do, then you can make life what you want it to be, within reason! I'm proud to be a Chiarian and to raise awareness of neurological conditions.

Thanks for reading,
Jamie

Jamie's poem, 'Living with Chiari', was written for Brain Awareness Week 2021. This powerful piece expresses his journey from diagnosis to recovery. You can watch the video here.

Your voice is important to us, and sharing your story can help others know they are not alone. If you'd like to share your experience, like Jamie, then get in touch with us.