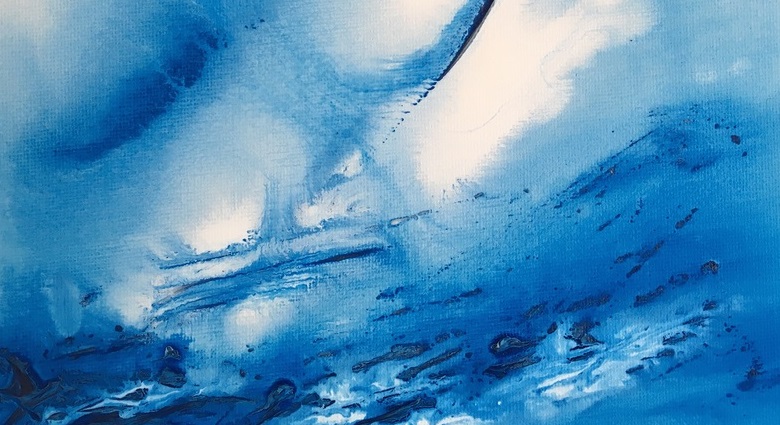 I feel very fortunate to be able to write this.

In early July 2013, I suffered a subarachnoid haemorrhage caused by a ruptured aneurysm. I had just returned from my next door neighbour's house and was alone at home looking after our new Yorkshire terrier puppy. I was in the hallway when I felt pain and a 'rush' in my head like I've never experienced before, and what felt like the strange sensation of water running down my spine. I remember feeling like I was going to be sick and I was scared to move. I called my husband and he told me I didn't sound right and that I should call an ambulance. Thinking it might be meningitis, I called the out-of-hours doctor instead. I don't remember anything else after that.

I now know that my husband called the ambulance from where he was and also called a neighbour, who saw me, through the letterbox, collapsed in the hall. He managed to get in through next door's garden and our back door, which miraculously was broken at the time, so was unlocked. 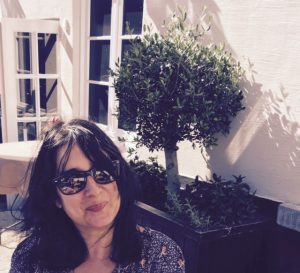 I was swiftly diagnosed with a bleed at Homerton hospital A&E. I have a vague memory of being wheeled through a very modern, empty corridor at night with paintings of some kind on the wall. I was then transferred to the Royal London hospital. After more tests they found a ruptured aneurysm. Thanks to the excellent staff, consultants and surgeons there, I am still alive today. Within a couple of days I had an operation where the aneurysm was successfully coiled.

After the operation, the surgeon gave my husband some very helpful printed notes from the Brain & Spine Foundation, about what had happened, the procedure and what to expect afterwards, which I still have today. He also recommended the Brain and Spine Foundation's website, which has been an amazing resource and comfort during my recovery. I have very vague memories of my stay in hospital. The nurses woke me every two hours to take Nimodipine to avoid vasospasm, some medication for pain, and also for anti-sickness, and plenty of fluids. As I started to come round I know that I just really wanted to see my puppy.

When I was finally allowed to come home, I was unable to do very much at all. My husband had to wake me up every two hours to continue the medication. I was sensitive to light and noise and there was building work going on across the road. I didn't even feel up to talking to friends and family at first, and was unable to read, watch TV or listen to music. Over the next couple of months a friend came to help out and I gradually managed to start coming downstairs in the evening, then in the afternoon. The strangest thing was trying to remember the words I wanted to say. My memory in general was very patchy and that was quite scary. I knew from the BSF information that this was normal so that was reassuring, but it was difficult to deal with.

I did manage to teach my puppy to collect the post! That felt like a major achievement at the time. 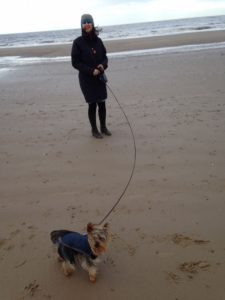 I was still very wary about going out as I lived in a busy part of London and everything was such a fast pace. I felt very isolated at that point. The building work noise across the road was getting worse. Then a friend recommended we go to a quiet part of the North Norfolk coast for a short break. This was a major turning point in my recovery.

We rented a little house overlooking the marshes at Brancaster Staithe. The open space and quiet was such a welcome relief after months of noise and chaos. I managed to go out for short bursts in the day but got exhausted very quickly. We loved it so much we extended our stay. One sunny, late September day we went for a short walk on the coastal path, marshes on either side, and that was when I felt positive for the first time. I thought I might be able to get through this.

Returning to London was difficult and I soon realised I was unable to continue my job at the BBC, with my now-limited memory. I had heard that art was good for the brain so I started making small pictures with framed miniature objects for friends and family. We managed to visit Norfolk for Christmas, and eventually we found a place to stay longer-term. The peace and tranquillity helped me make good progress. When I saw that a local artist I liked was starting an art class I jumped at the chance to join. I had never had any art skills before but this class encouraged me to experiment and as well as learning so much, it also helped me to communicate and express myself without worrying about having to find the right words. I also made good friends and it helped me to start socialising again.

Art is now a full-time passion and I am privileged to have had work exhibited and sold. 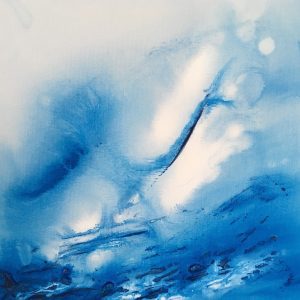 Although my life has changed dramatically, the effects of what happened to me feel less noticeable in Norfolk than London. Three years on, I am still having regular scans to monitor the aneurysm and a small amount of fill that has appeared, but I remain optimistic and happy. The services of the BSF have been invaluable, from the calls to the neuro nurse helpline, to information for me, or to pass on to friends and family so they could understand. I think when you look the same, people can have a hard time understanding that you are, in fact, different.

I have found the Brain & Spine Foundation events such as the SAH conference and the SAH workshop especially helpful. Not only did I learn a great deal from the speakers and presentations but I also met some fellow survivors and exchanged stories with them, and we have kept in touch since.

I feel that I am continuing to improve in myself and that I am able to do more each year, a fact that was confirmed at the latest workshop last year, stating that recovery can continue for up to 5-25 years, rather than just the three years originally thought. I have also been contacted by people who have also found creative activities such as art and photography help their recovery too, and I am building up a section on my website of articles relating to art and the brain.

Strangely enough, I don’t miss my old life. I am just grateful for my new, 'scaled-down’ life, and now appreciate every small moment of it, realising just how lucky I am.